The recent US State Department’s budget proposal for the fiscal year 2016 once again contains substantial aid for Pakistan, this time around USD 900 million. Besides the fact that Congress must still approve the budget, one thing is already clear: the administration of President Barack Obama is still not able or willing to learn from the lessons of the past. The continuation of US aid for Pakistan does not come as a surprise but the fact that it’s allocated again more or less unconditionally is quite peculiar. 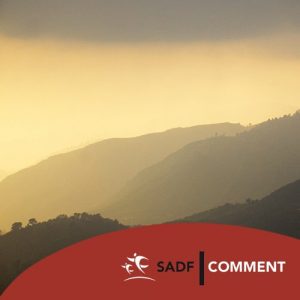 The various disappointments during the last years, like the obvious Pakistani support for terrorist groups operating in Afghanistan in order to increase influence in the neighbouring country and to attack Afghan as well as international troops, the shutdown of the NATO supply route through Pakistan as well as the lack of its protection, are proof that the use of “diplomatic channels” and “high-level engagement” does not work to make Pakistan follow commonly accepted norms of partnership. One of the latest examples is the incarceration of Dr Shakil Afridi, who helped the U.S. track down al Qaeda leader Osama bin Laden. In the aftermath of the deadly raid against Bin Laden, Afridi was caught and convicted to 33 years imprisonment for treason, officially because of conspiring with local Islamist militants and alleged ties with the warlord Mangal Bagh. After an intervention by the U.S. Special Envoy for Afghanistan and Pakistan James Dobbin, Afridi’s imprisonment was temporarily overturned by Pakistan’s authorities. But already a couple of months later, a retrial was ordered and Afridi was once again sent to prison on the basis of a dubious murder charge. One cannot help but to feel that this judgement seems to be not only a reaction but also retribution of the country’s authorities of being not informed about the US action against the world’s most wanted top terrorist. There is no doubt that the action of US Special Forces on Pakistani soil intersects with the issue of national sovereignty but having the larger picture of global terrorism and Pakistan’s role in it in mind, one should first raise the question if Pakistan is on the same page as the international community in seriously fighting terrorism in a comprehensive manner. Therefore, the decision of US Secretary of State John Kerry not to link the granting of US aid to certain conditions like the immediate release of Dr Shakil Afridi is quite unfortunate since it fortifies Pakistani’ security circles in continuing their ambiguous policies of not implementing commitments. In this context, the argument of the Obama administration that a potential stop of funding for Pakistan would hurt key US interests must be put in perspective. By analysing the last decade of US engagement in the region it seems that Islamabad was rather a roadblock than a supporting pillar in the ‘global war on terrorism’. The latest military operation “Zarb-e-Azb” does not alter this reality. First it happened far too late and second the success of the campaign is questionable since no independent analysis is available. However, this critical view on Pakistan motives and performances in counter terrorism is shared by an increasing amount of US politicians, foremost Dana Rohrabacher, a congressman from California. In the past a strong supporter of Pakistan during the Afghan war, in recent years he started questioning the unconditional aid flow to Pakistan. Already in 2014 Rohrabacher was trying to push an amendment to stop US aid for Pakistan. Besides the fact that the proposal was rejected in the House of Representatives, Rohrabacher received the remarkable support from 92 members out of 435 voting members. Also in the affair of the unjustified treatment of Afridi, Obama still ignores Pakistan’s reluctant behaviour in supporting US interests. Furthermore, Islamabad’s disregard of demands from the international community to ensure religious freedom and respect of human rights does not seem to play a major role in Washington’s current Pakistan approach. Instead, Obama is continuing his puzzling, unquestioned support for Pakistan despite domestic and international critic. In this context, it is quite astonishing that the Obama administration is formulating concerns about religious tolerance in India but is not willing to make a move when it comes to the disastrous situation of religious minorities in Pakistan. However, the US is not alone in the ‘soft approach’ towards Pakistan’s and its unwillingness to break with traditional political patterns. Although on a much smaller scale, o the European Union is following the same matrix. The granting of GSP Plus for Pakistan besides the manifold human rights violations, and the systematic attacks on ethnic and religious minorities, freedom of speech combined with the existence of the discriminating blasphemy laws plays into the hands of Pakistan’s corrupt socio-political elites and Islamic fundamentalists and helps manifest and strengthen the military’s dominance in the country’s significant decision making processes. It’s time to take off the ‘velvet gloves’ and take a more robust stance against Pakistan’s elites and to implement severe consequences if Islamabad’s modus operandi does not change. More concretely: to pressure Pakistan to stick to its promises and to implement uncompromisingly international commitments, to end its ambiguous rhetoric and policies regarding counter terrorism and good governance. Otherwise, Pakistan will continue to appear and act as an unreliable partner and pose a threat towards security and stability in the region. As such, US aid would continue to be fruitless.