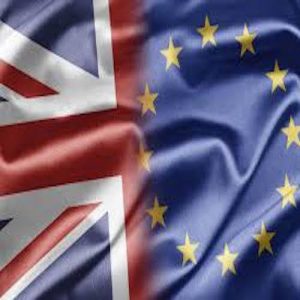 On June 23, 2016, the people of the United Kingdom of Great Britain (UK) -mostly those residing in England and Wales- held a referendum that resulted in an overall vote to leave the European Union (EU). This socalled ‘BREXIT’, a fusionist portmanteau of the words ‘Britain’ and ‘exit’, properly coined on the pattern of GREXIT (referring to the potential exit of Greece from the EU), clearly indicates that the European project of regional integration reached a pivotal moment in time.

There is no doubt, that BREXIT will have significant impact on the economic and political trajectories of Great Britain, the EU, and on the relations of Europe with the rest of the world. It will be argued here, that, while the withdrawal of the Britons from the Union is an extraordinarily unfortunate occurrence, it will not fundamentally change the future of EU and the principles it is build-on. It should rather be interpreted as a clear signal that allows the union to reassess prevailing problems that have accumulated over the last decades, in doing so the EU will be well equipped to handle upcoming challenges. In other words, the BREXIT may be the necessary trigger for Europe’s decision-makers to lead the EU out of its deeply entrenched social, economic crisis and political-institutional stalemate. In these context, one must mention the potential positive effects of the British referendum! In the weeks up to the referendum, emotions ran high, causing fellow countrymen to take polarized stances. The ‘Remainers’ (pro-EU) had to face the increasing political dull and blunt anti-Europe front of the Leavers. However, it created an opportunity for Europeans of all different political-, educational-, social- and economic backgrounds to re-assess their opinions on an ever closer and more integrated, and cooperative Europe; leading them to appreciate (once again) its benefits, ideational norms and values. This debate is gaining momentum for several reasons:

Firstly, it might be the first time that people from all over Europe, not just the UK, thought so intensively and collectively about the ‘EU project’. This might also help to eclipse the ‘miserable reputation’ of the EU to be a purely ‘elite-driven process’ combined with the claim that only Europe’s political and economic top echelon are benefiting from the Union.

Secondly, that so many Europeans expressed explicitly their concerns about the potential future course Europe will take and at the same time recall the negative historical legacies of the ‘old-continent’, which led to the formation of a regional entity to ensure sustainable peace, stability, and prosperity.

Thirdly, the BREXIT debate will give most likely the final, but much needed impulse to stepup concrete actions against political radicalization and politics of hate by the growing nationalistic and right wing movements in Europe. During the last years, besides the growth of a remarkable global and cosmopolitan perspective among the Europeans, there is a return of a presumably ousted notion of nationalism; a phenomenon which is accompanied by a strong sense of euro scepticism. The tensions between Northern and Southern entities are obvious, finding their expression in mutual accusations and misperceptions regarding economic performance and attitudes towards necessary socio-political reforms.

Having this in mind, the EU in the ‘post-BREXIT era’ must address a long list of imminent questions: Which path should the remaining countries of the EU take: What has to be done, to overcome the upcoming consequences from the UK dropout, to contain national disharmony and EURO-scepticism, and to avoid further of disintegration, as well as fall-back into the logic of fragmented national interests and conflict? Furthermore, should they push the EU to even more supra-nationality or introduce more flexible mechanism offering the member states more room to manoeuvre regarding the implementation of decisions made in Brussels?

However, whichever ways the answers to the current and upcoming puzzles will go, the EU has already been severely tested, perhaps to its limits. But the world financial crisis as well as the Greek crisis showed that the EU was able to respond to major challenges. Besides the concrete handling of the BREXIT (and its short and middle term consequences), the unprecedented movement of refugees and migrants is without any question one of litmus tests for a newly arranged EU. Nevertheless, despite these extraordinary, tremendous tasks ahead, one should expect also in these directions that the EU -besides all is institutional hurdles- will prove its resilience and that regional integration in Europe is still a success story.

But what does the BREXIT mean for regional cooperation in general and South Asia in particular? Until recently, it was common sense that Europe was the area with the strongest dynamics of regionalism, the world’s spearhead for political and economic integration. But during the last decade it seems that the architecture of the EU is increasingly being challenged; internally as well as externally. In this context, some argue that the enlargement has outpaced the processes and institutions for decision-making, too slowly adapting and contesting the consensus principle. In result, the EU is not able to respond adequately and in time to major challenges and opportunities. The BREXIT is just one of the most visible outcomes of this accusation.

Having this in mind, several commentators are allured to portray the EU as a political artefact. Especially in South Asia some claims are made that the EU has lost its attractiveness to serve as a model for the South Asian Cooperation for Regional Cooperation (SAARC). However, proponents of this standpoint ignore two essential facts. First, the fact that the EU was able to successful negotiate and signed much needed agreements, for example to deal with the Greek crisis, proves that collective decision-making is still well alive in the EU. In this context, that there is also evidence that the mechanism within the institutional structure of the EU is robust enough to bargain most diverging positions. Secondly, overtly critical commentators tend to ignore the vast achievements regarding European success in (regional) integration. The vision of a common political and economic future turned former archenemies, France and Germany, into strong allies. Furthermore, their relationship is seen today as the engine of regionalism in Europe, transforming the continent into a zone of peace. Essential for this process was an exceptional combination of co-operation, co-ordination and supranational integration by a ‘coalition of willing elites’ to transfer parts of national sovereignty. The subsequent increase in trust and transparency of state behaviour helped to bridge the traditional political and economic disunity. Besides all scepticism regarding the performance of the EU, the decisive transition of Europe towards peace, democracy and prosperity remains a remarkable achievement and is heavily contrasted by SAARC’s inability to go beyond the rhetoric of regional cooperation. Being a body, which can mostly only agree to disagree, the SAARC resembles a ‘toothless tiger’ more than anything else. This can only partly be traced back to underdevelopment, political instability, a trust deficit, and lack in social cohesion. Bilateral power relations within the region and varying visions for SAARC further complicate a potential success story.

Nevertheless, most of SAARC member states should have an incentive to join hands in order to deepen economic cooperation. But some of them are either unwilling or afraid of pooling and sharing sovereignty, at least in the near future. In this context and despite BREXIT, the EU has a valuable lesson to offer. Even disastrous conflicts can be turned into fruitful cooperation as Post-World War II Europe has shown. A slow but steady ’evolutionary process’ taking the sensitivity towards national sovereignty into account seems like a more realistic scenario for SAARC.

To sum up, the EU is more than just an economic endeavour; it is a value in itself, and not just an artificial, supranational political institution. Additionally, one has to understand that regional integration is not a linear process; it is an evolutionary path marked by up and downs. Even before the BREXIT, the EU experienced several setbacks like the rejection of the Euro by Denmark in the year 2000 and a successful Anti-Europe campaign in Ireland in 2008 which led to an electoral condemnation of the Lisbon Treaty contested the resilience of the EU. The EU project did not however succumb to these stepping-stones. As such, regional integration and cooperation are the only way forward. The great value of a ‘united and integrated region’ should be not sacrificed for short-term goals of national day-to-day politic made by narrowminded politicians, neither in Europe nor in South Asia.

COMMENT 24 – BREXIT: What does it mean for Regional Integration and South Asia?