Wahid Baloch, a prominent activist, was allegedly detained by security forces earlier this year. Baloch has now been reunited with his family but there’re thousands of other Baluchistan activists whose fate is unknown. 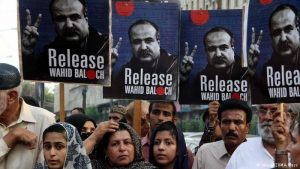