Pakistan’s former army chief Raheel Sharif has been appointed to head a Saudi-led military coalition. Analysts say this could jeopardize Pakistan’s ties with Iran as the 39-member alliance is heavily involved in Yemen. Pakistani Defense Minister Khawaja Muhammad Asif has confirmed that General Raheel Sharif is to command the 39-member Islamic Military Alliance. The alliance was formed by Saudi Arabia to deal with conflicts in the Middle East, particularly to quell the Iran-backed Houthi insurgency in Yemen. END_OF_DOCUMENT_TOKEN_TO_BE_REPLACED 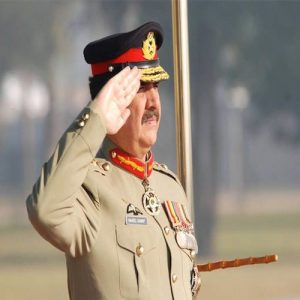 The controversial German constitutional lawyer and political theorist Carl Schmitt (1888-1985) in his well-known work ‘The Concept of the Political’ promotes a clear distinction between “the friend” and the “foe”. This radical premise of a ‘friend-foe relationship is supposed to be the basis of all ‘political’ and should be applicable to all political actors. In other words, “whoever is not for us, is against us”. END_OF_DOCUMENT_TOKEN_TO_BE_REPLACED

Pakistan, which has been ruled by military forces for around half of its existence, is considered to be a classic example of a praetorian state. The country’s military perceives itself as the sole guardian of national sovereignty and moral integrity, the chief initiator of the national agenda and the major arbiter of conflict between social and political forces. Over time, the armed forces became so deeply and widely entrenched in every sphere of the Pakistani state that, today, they do not depend on any formal prerogatives to exercise influence over the political decision-making process or to secure their corporate interests.  It can be stated that Pakistan has never experienced ‘civilian supremacy’ with regards to its civil-military relations. END_OF_DOCUMENT_TOKEN_TO_BE_REPLACED