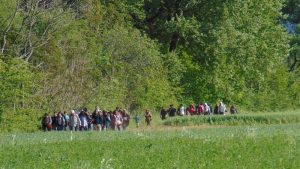 Afghanistan has experienced close to four decades of perpetual violence wars, political upheavals, and religious and ethnic clashes, resulting in millions of Afghans fleeing to neighbouring countries for protection. Facing the Soviet invasion after the Saur revolution and the ensuing civil conflict, between 1979 and the early 1990s approximately [1] six million escaped to Pakistan and Iran, marking the first exodus of Afghan refugees. END_OF_DOCUMENT_TOKEN_TO_BE_REPLACED 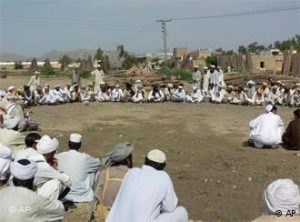 In witnessing the 2013 general election and the installation of a new government entrusted with a remarkable majority in vote, the people of Pakistan and many international observers thought that the time for major change had finally come. Especially the country’s neglected and repressed areas, like North Waziristan, which is part of Pakistan’s Federally Administered Tribal Areas (FATA), were hoping for significant improvement of their socio-political and economic conditions. However, after two years in power, it seems more and more obvious that the current administration of Nawaz Sharif did not intend to change the patterns of Islamabad’s decision-making in any significant policy area. Today, the country’s political arena is still determined by the unchallenged supreme role of the army, the lack of political will and capacities of civilians to implement any noteworthy reform measures, endemic corruption, and the ongoing dominance of the Punjab province and its establishment leading to the consequent side-lining of the smaller territorial entities. END_OF_DOCUMENT_TOKEN_TO_BE_REPLACED 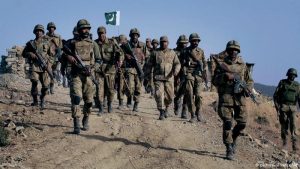 On 15 June 2014, Pakistan‟s Armed Forces launched a major operation against terrorists in North Waziristan, which is part of the Federally Administered Tribal Areas (FATA), a remote and restive mountainous region bordering Afghanistan. The military campaign marks the end of a series of fruitless attempts to negotiate with Islamic terrorists. However, after the Jihadists continued their attacks on Pakistani soil, it seems that even Prime Minister, Nawaz Sharif, known for having a weakness for Islamic fundamentalism, understands that conflicts with Jihadists cannot be resolved through dialogue. In this case, the deadly attack on Karachi‟s airport a week before Zarb-e-Azb started doubtlessly triggered this turning point. Zarb-e-Azb, which means „Strike of the Prophet‟s Sword‟. END_OF_DOCUMENT_TOKEN_TO_BE_REPLACED